PBNU is working a film called The Santri which is expected to be media of da’wah. However, not long after the trailer was released, contra opinion appeared among the fellow muslims.  Those who deny consider The Santri does not represent the ideal of santri. In fact, PBNU has been known as an Islamic organization with the highest number of pesantren. Therefore, the representation of santri on this trailer should be the best representation. Thus, this article aims to analysis how santri is represented.  The researcher uses semiotic method which revealed the meaning of signs by Charles Sanders Peirce. The analysis shows there are several scenes that enable the representation of santri to get the pros and cons because they related with legisign-type objects, which are related to Islamic law. Although there are scenes that represent students well, such as having high dreams and diligently worship. 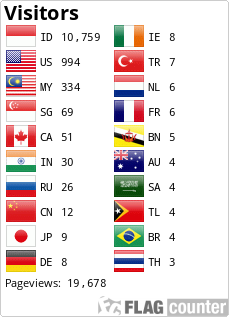 khabar by https://jurnal.staibsllg.ac.id/index.php/khabar is licensed under a Creative Commons Attribution-ShareAlike 4.0 International License.