The process of entering Islam into Indonesia is inseparable from shipping and trade and the Islamization process in Bengkulu is classified into four theories, the first being the theory of Aceh, secondly the theory of Aceh, secondly Minangkabau theory, third Palembang theory, and fourth Banten theory. Each theory has their respective arguments that essentially that the Islamization of Islam in Bengkulu goes through the North, East and South directions. The Islamization was carried out by the scholars who broadcasted the Islamic Religion in different ways both preaching, art and education. The entry and development of Islamic indictment in the archipelago is inseparable from the interaction between traders from Gujarat and Middle East with the concepts of trade, education, and the arts they carry. Islamic Da'wah entered in Bengkulu around the 1500s and at that time Bengkulu was still in the scope of a small kingdom-kajan so Da'wah Islam in Bengkulu began to develop in the 1600-1700. The process of Islamic Da'wah in Bengkulu entered through a number of channels, including through West Sumatra, South Sumatra, and interaction between the kingdoms in Bengkulu with the Banten Banten kingdom on the island of Java. The unification of religion and culture in which there is the influence of the culture of the Ark in Bengkulu seen until now the cultural tradition of the Ark still persists with the culture of the Ark Imam Sanggolo introduced the culture of the Ark to the people of Bengkulu to commemorate the persistence of Hasan Husen grandson of the Prophet Muhammad SAW in Karbala. The method used in this study is quantitative with descriptive type, data collection techniques obtained from literature, interviews and observations. 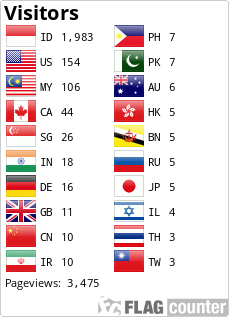