The Umayyads new to Islam after no choice but to convert to Islam. At the time of the Prophet Mohammed with thousands of Muslims stormed the city of Mecca and that's where the Umayyads states converted to Islam. Umayyad Caliphate founded by Muawiyah bin Abi Sufyan in the year 41 Hijri and ending in the year 132 H. Historians generally noted that the process of the establishment of the Umayyad Caliphate was obtained through force, diplomacy and deceit, not through democratic election by majority vote, The education system when it has not had a standard level and age. The pattern of Islamic education in the Umayyad period has grown when compared to the period of Khilafat ar-Rashidin marked by the splendor of scientific activities. With this emphasis didiajarkan some kind of religious sciences and other sciences. Among the forms and educational institutions on the Umayyads were: Kuttab, Mosque, Assembly Literature, Education Palace, Badiah Education, Education Library, Hospital. 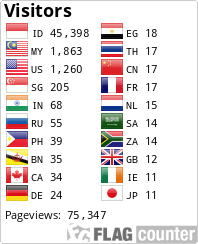